How to Use Cinnamon Sticks

How to Use Cinnamon Sticks

I am going, to be honest with you; I hadn’t used cinnamon sticks before and had no idea how to use them.

However, when I heard that cinnamon is beneficial for health and can also play a role in weight loss, I was eager to learn more about them.

In this article, I am going to share with you the information that I was able to collect about cinnamon sticks and also tell you the ways in which you can use this spice.

How to Make Cinnamon Sticks

Making cinnamon sticks isn’t that difficult. All you need is some bread, margarine or butter, sugar and some cinnamon in powdered form.

Cinnamon sticks can be used in a number of ways.

I particularly like making cinnamon stick tea as it just takes half an hour to make and is extremely refreshing and healthy.

Cinnamon sticks have a dozen health benefits to offer.

I found a great number of studies on the internet which suggested that this spice was extremely effective in promoting a healthier lifestyle.

The following are some of the chief health benefits that you can avail by including cinnamon sticks in your daily diet.

Cinnamon sticks have been known to bring down blood sugar levels.

The World’s Healthiest Foods states that cinnamon can slow down the emptying rate of the stomach after a meal which in turn helps in minimizing the increase in blood sugar.

In addition to this, cinnamon has also been found to be extremely beneficial for diabetes patients as well.

Scientific research has proved that cinnamon can help people suffering from type 2 diabetes by improving their ability to react to insulin.

You can read more about about this in my article: Does Cinnamon Lower Blood Sugar & Help You Fight Diabetes?

Cinnamon sticks have been found to play a role in cancer prevention as well.

According to Organic Authority, there is evidence available which points towards cinnamon having potential anti-carcinogenic properties.

This means that cinnamon can, in fact, be used for treating or even curing cancer.

Although the research conducted on the possible cancer preventive effects of cinnamon is pretty limited, experiments conducted on animals have shown that cinnamon can inhibit the cancer cell growth and even result in cancerous cell death.

Cinnamon sticks have been found to be extremely effective in suppressing the symptoms of Multiple Sclerosis, a debilitating neurodegenerative disorder.

Medical News Today maintains that the cinnamon has anti-inflammatory properties which can help it in stopping the progression of Multiple Sclerosis.

Sodium benzoate, a metabolite of cinnamon can stop the production of inflammatory molecules in brain cells, thus suppressing this disorder.

Moreover, researchers have also found that the anti-inflammatory properties of cinnamon can prove to be beneficial for other neurodegenerative conditions like Alzheimer’s disease and Parkinson’s disease too.

People have maintained for a long time that cinnamon sticks can help in relieving arthritis pain.

Now, science too has proven that cinnamon might have a role to play in arthritis pain relief.

According to Cinnamon Vogue, cinnamon sticks are rich in manganese which is utilized by the body for building connective tissues, blood, and most importantly bones.

People who suffer from manganese deficiency are thus more likely to suffer from a chronic condition like arthritis and osteoporosis, but those who use cinnamon can have strong bones and remain free from arthritis pain.

While researching the health benefits of cinnamon sticks, I found out that this spice can help in reducing the risk of heart disease as well.

Studies have shown that you only need to consume just 120 mg of cinnamon per day to lower your LDL cholesterol.

Aside from the other health benefits of cinnamon sticks, it is helpful for weight loss as well.

However, this does not mean that using cinnamon is going to decrease your weight drastically.

Cinnamon sticks can slow down your metabolism thus making you feel full.

This would stop you from eating more which in turn would keep your weight in check.

In addition to this, cinnamon also helps in digestion of food too which also prevents you from overeating.

So, all in all, cinnamon sticks can have an impact on your weight, but if you don’t pair it up with a well-balanced diet and regular exercise, then you won’t be able to lose your weight.

Most popular recipe for weight loss and cleanse detoxification is with Cinnamon and Honey.

Where you can buy cinnamon?

There are various places you can order good and quality cinnamon. But, for detailed review of best cinnamon brands you can visit my page here.

In short, cinnamon sticks can be used in a number of ways.

You can either use them by making cinnamon stick tea or by sprinkling them over your food after crushing them into a fine powder.

I would recommend using the tea as it is both healthy and refreshing and can prove to be a good energy drink.

Cinnamon sticks can offer a number of health benefits to you and even help you in losing weight.

If you have any questions regarding the use of cinnamon sticks, then ask them in the comments section below. 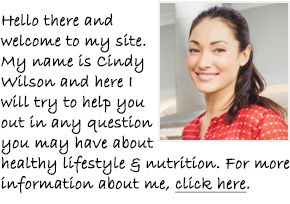