This article is published as part of Nutri Inspector’s scholarship application by Devon Woodfine who studies Mechanical Engineering at the California State Polytechnic University, Pomona.

Turmeric is a member of the Zingiberaceae family, or Ginger family, and like Ginger it too is a tropical plant. Turmeric origins can be traced to Asia and is even believed to have first harvested from the roots of Curcuma longa plant been in Southern India. To create turmeric, the roots of the Curcuma Longa plant, known as rhizomes, are boiled, dried and then ground into a powder. Eastern cultures have been incorporating turmeric into their diets and taking advantage of its medicinal properties for centuries.

The Turmeric plant is a staple spice used prominently in Asian cuisine. The Turmeric spice is the main spice found in curry and is frequently used to used to flavor or color curry powders, mustards, butters, and cheeses. However, the Turmeric plant is more famous for the variety of medical benefits it provides.. To create turmeric, the roots of the Curcuma Longa plant, known as rhizomes, are boiled, dried and then ground into a powder. Eastern cultures have been incorporating turmeric into their diets and taking advantage of its medicinal properties for centuries.

Turmeric has been known to effectively treat arthritis, heartburn, joint pain, stomach pain, eczema, Crohn’s disease and ulcerative colitis. It is able to treat these ailments and others do to the Turmeric plant possessing the chemical curcumin. Curcumin is known for decreasing inflammation and being a powerful antioxidant. The Curcumin found in Turmeric neutralize free radicals by hunting down and stabilizing them. If a chain reaction has occurred, Curcumin has the ability to cease the function or it can completely prevent it from ever getting started in the first place. Since oxidation is a natural process, there’s nothing that can be done to stop it. IIt is actually necessary to have oxidation to sustain your life. However, by taking Curcumin in moderation, you can slow down its degenerative side effect. Our bodies produce prostaglandins, which are a group of physiologically active lipid compounds having diverse hormone-like effects in animals. Prostaglandins have been found in almost every tissue in humans and other animals. The human body can only produce two prostaglandins which are called cyclooxygenase-1 and cyclooxygenase-2, known respectively as COX-1 and COX-2. While COX-1 is important in our bodies and necessary for proper blood clotting, COX-2 is only associated with inflammation. Aspirin is normally what prevents inflammation by blocking production of both prostaglandins, but turmeric only blocks production of COX-2. It is easy to see how this would be beneficial instead of blocking both Cox-1 and Cox-2. Turmeric allows us to stop inflammation without affecting other important body functions.

It can be made into a paste and applied directly to the skin to help heal sprains, open wounds and other injuries. The number of health benefits linked to turmeric is truly extraordinary. Turmeric is safe when taken by mouth or applied to the skin appropriately for up to 8 months and potentially still consumible when it is used as an enema or a mouthwash in the short-term. Turmeric usually does not cause significant side effects; however, some people can experience stomach upset, nausea, dizziness, or diarrhea. In one report, a person who took very high amounts of turmeric, over 1500 mg twice daily, experienced a dangerous abnormal heart rhythm. However, it is unclear if Turmeric was the actual cause of this side effect. Until more is known, avoid taking excessively large doses of turmeric.and taking moderate doses with your physician’s approval. It is even possible to take Turmeric during pregnancy and breastfeeding: During pregnancy and while breastfeeding, turmeric is consumible when taken by mouth in amounts commonly found in food. However, turmeric is not safe when taken by mouth in medicinal amounts during pregnancy. It might promote a menstrual period or stimulate the uterus, putting the pregnancy at risk. Do not take medicinal amounts of turmeric if you are pregnant. There is not enough information to rate the safety of medicinal amounts of turmeric during breast-feeding. It is best not to use it.

While Turmeric offers several positive health benefits, it can also make previous ailments worse. Gallbladder problems: Turmeric can make gallbladder problems worse. Do not use turmeric if you have gallstones or a bile duct obstruction. Bleeding problems: Taking turmeric might slow blood clotting. This might increase the risk of bruising and bleeding in people with bleeding disorders. Diabetes: Curcumin, a chemical in turmeric, might decrease blood sugar in people with diabetes. Use with caution in people with diabetes as it might make blood sugar too low. A stomach disorder called gastroesophageal reflux disease (GERD): Turmeric can cause stomach upset in some people. It might make stomach problems such as GERD worse. Do not take turmeric if it worsens symptoms of GERD. Hormone-sensitive condition such as breast cancer, uterine cancer, ovarian cancer, endometriosis, or uterine fibroids: Turmeric contains a chemical called curcumin, which might act like the hormone estrogen. In theory, turmeric might make hormone-sensitive conditions worse. However, some research shows that turmeric reduces the effects of estrogen in some hormone-sensitive cancer cells. Therefore, turmeric might have beneficial effects on hormone-sensitive conditions. Until more is known, use cautiously if you have a condition that might be made worse by exposure to hormones. Infertility: Turmeric might lower testosterone levels and decrease sperm movement when taken by mouth by men. This might reduce fertility. Turmeric should be used cautiously by people trying to have a baby. Iron deficiency: Taking high amounts of turmeric might prevent the absorption of iron. Turmeric should be used with caution in people with iron deficiency. Surgery: Turmeric might slow blood clotting. It might cause extra bleeding during and after surgery. Stop using turmeric at least 2 weeks before a scheduled surgery. Some medications that slow blood clotting include aspirin, clopidogrel (Plavix), diclofenac (Voltaren, Cataflam, others), ibuprofen (Advil, Motrin, others), naproxen (Anaprox, Naprosyn, others), dalteparin (Fragmin), enoxaparin (Lovenox), heparin, warfarin (Coumadin), and others.​ 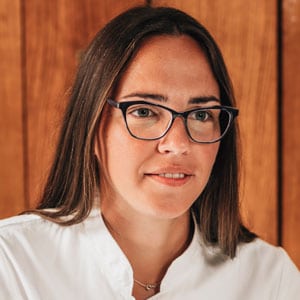